JKUAT PROTEST: “Punda Amechoka” is the message that has been going round in JKUAT University for the past two months. Today late evening, JKUAT students went on riot burning and destroying property as they protested against a fee policy that was released by the university administration early today.

The fee policy that led to the Jkuat students’ demonstration indicated that all students should clear fee by the 12th week of the semester failure to do so one was supposed to take an academic leave. 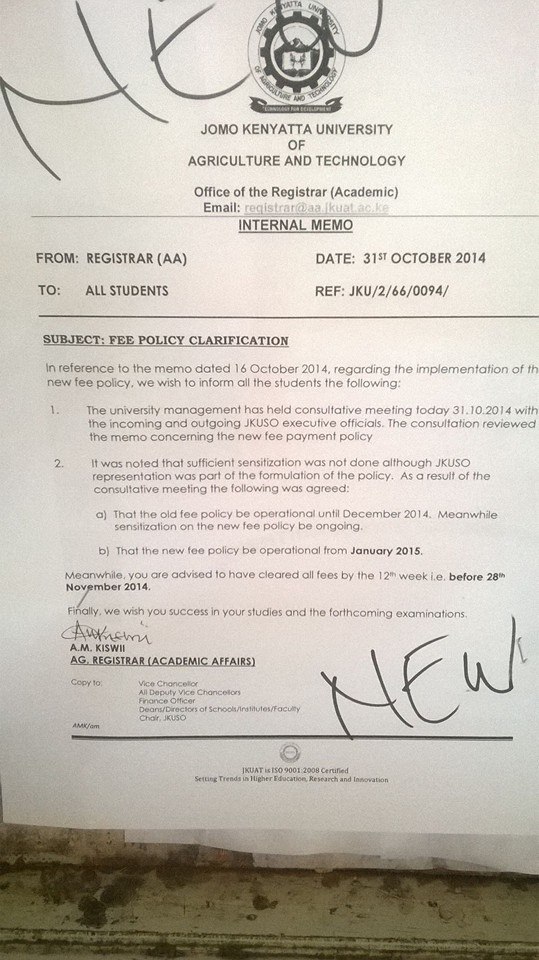 JKUAT students who spoke to kenyayote indicated that before the riot, the university administration had introduced other policies without the consultation or involvement of the student leaders.

Like our page https://www.facebook.com/Kenyayote for more JKUAT protest updates

Read about the latest: Education News in Kenya