Christianity came to Africa as early the first century, and has since grown to become one of the continent’s most popular religion. Although the very first version of Christianity was purely western, the religion has greatly evolved to embrace African traditions giving birth to religious ceremonies with a native touch. Jovago.com outlines a few aspects of African traditions that have successfully taken root in the festivity culture now knocking on our doors!

Although the roots of this tradition are traced back to German Paganism, a fraction of its practices have been Africanized and assimilated into the West African cultures; eventually finding a strong base in the ‘Yule’ festival that translates to Christmas. Most recognizable aspects of Yule observed over Christmas include the Yule log – that illustrates the lighting of differently sized candles to illuminate the night, and a Yule goat, a modern symbol of a mystical god said to rule over the skies.

The Bacalao in Guinea Bissau

In Bissau, Christmas must be celebrated with a plate of dried Scandinavian cod fish known as ‘bacalao’. This is the ultimate special delicacy that only makes it to the dining table of the larger population only on the eve of Christmas. Once fed, family members look around for tiny gift wraps customary wrapped in socks as shared by other relations as well as friends. Christmas is a family affair in Guinea Bissau; a time for sharing. 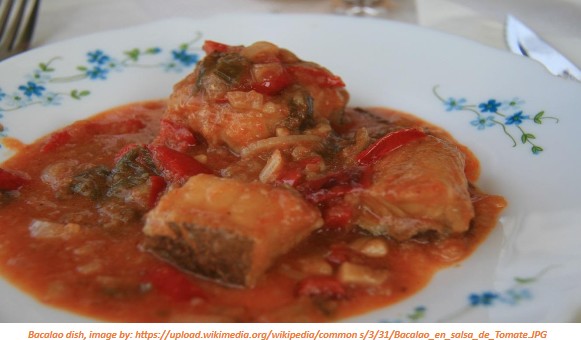 With all the Western influence, Africa’s largest population pride themselves in century old traditions during the festive period. Nigeria marks Christmas with a balanced mix of antique beliefs and modern day affairs; homes, shops and streets are decorated with palm fronds to symbolize peace while the residents mark the festivity in blasting parties, shopping and gifting. In organized functions, the traditional “Ekon Play” marks the season, after days of prepping up for the entertaining dance.

The Christmas Goat in Kenya

Christmas in Kenya was once characterized by droves of commuters caught up in downtown bus termini as they fought for limited seats on upcountry bound public transport. So bad was the situation that the week to Christmas became identified with chaos, incidents and accidents. Not anymore; the new generation seems to prefer their Christmas party somewhere in the outskirts of the city – just far enough to still access WIFI and the urban hype. However, whether in the countryside or the city, whether camping with friends or hosting with family, a common denominator makes all Kenyans equal; there definitely will be a Christmas goat roasting on makeshift barbeques!

A story is told of Anna, a legendary midwife said to have saved baby Jesus from the cruel King Herod. The festive period which starts as early as on December 20th is marked by endless servings of sumptuous delicacies, traditional liqueur and of course the Ghanaian all-time favorite – fufu. In between the feast and merry-making, the honored name of Anna comes up as a recognition of all midwives, and the important role they play in the community. Such an honor, you cannot fail to admit!