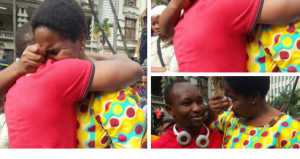 Thousands of foreigners fled South Africa as protests against black foreigners escalated. Mobs armed with machetes went round searching and torturing black foreigners in what they claimed that they had dominated and taken their jobs thus rendering them jobless. On April 14, 2015 mobs attacked and destroyed business owned by immigrants. The protest are believed […]

The government of Somali has released a list of 11 most wanted Alshabaab suspects. The list contains full names of the suspects, business they run and their worth. The government of somalia has also set aside billions of money to reward those who will identify and report the named criminals. Below is the list of […]

Civil liberties are rules that safeguard the freedom of people. They ensure that the government does not breach them. The scope of civil liberties differs from country to country. The bills of rights are enshrined in the constitution to guarantee civil liberties. In 1797, delegates from different states gathered in Philadelphia and drafted a blueprint […]